long since we’ve made our way to their neck of the woods. I’ve talked about them and their beer and their food many times, but I just have to say it again, I’ve NEVER had a beer I didn’t like or an item from their menu that wasn’t delicious. Great beer, great food, great people, just a wonderful place to visit over and over again. Do I like them a little bit? You might say that! Enough talking, let’s look at some pictures! 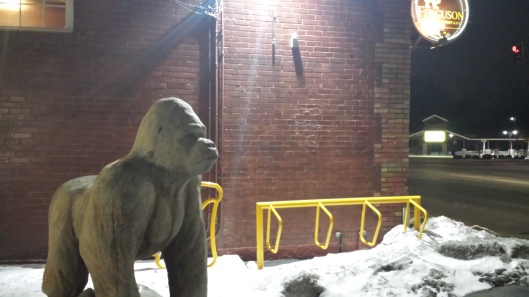 Great beer? Check! Great food? Check! Giant gorilla greeting you as you pull up? Check! What’s not to love? 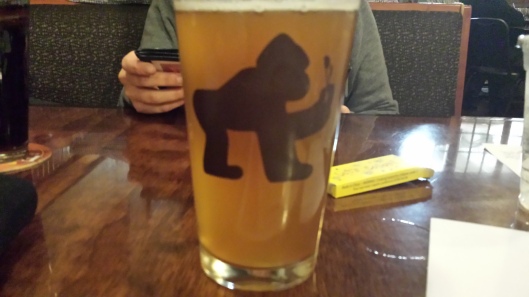 My first beer of the night was the St. Louis Pale Ale. 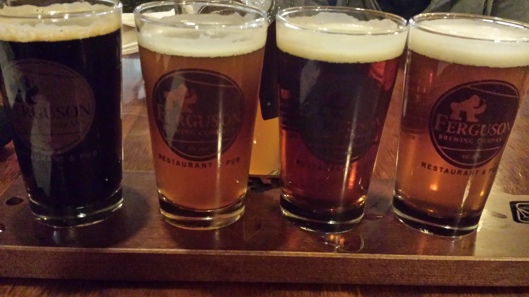 So then I had to have a flight of their latest brews, and one familiar favorite! In order of appearance, the Honey Oaked Blonde, German Dunkel, one of my favorites – the Imperial IPA and the Coconut Coffee Porter.

This is a sad sight! I followed this with a Pecan Brown Ale. I forgot to take a picture of it though. 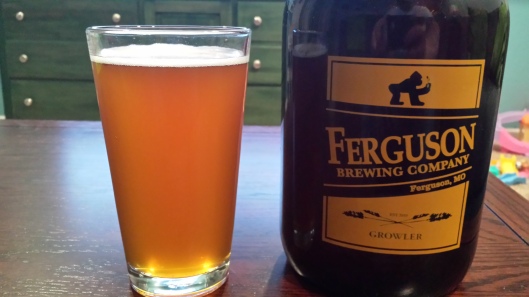 My wife liked the Honey Oaked Blonde so much that we brought home a growler. When a beer is this good, you leave the growler on the table, it’s going to go fast!

Next up was the always amazing Recess Brewing Company. Another wonderful brewery that I’ve failed to find a beer that I didn’t like. We like these guys, they’re right in our backyard, great beer, great people who always find time to chat when we show up and a cool atmosphere. It’s always a good time when we go to Recess. That said, I only have one picture from Recess and that’s because we basically got there just in time for last call, but we made a good choice!

It’s their IRA: Irish Red Ale. I know the picture isn’t much to look at, hey look at all those almost empty glasses! But kudos to them for making a beer that goes so quickly! I almost didn’t get a picture at all!

Are you ready for a Regular Guy Brewing update? I know you are, that’s why I’m about to give you one!

I have good news and I have GREAT news. I’ll give you the good news first. This Friday we are getting together to clean and reorganize the brewhouse and run a system check because all of our fittings have been replaced, but not tested. You know what that means! Our brew season is about to start! Actually the dates have been set as well as our first two brews! We are brewing our Smokey Grove Apple Smoked Porter on March 13th 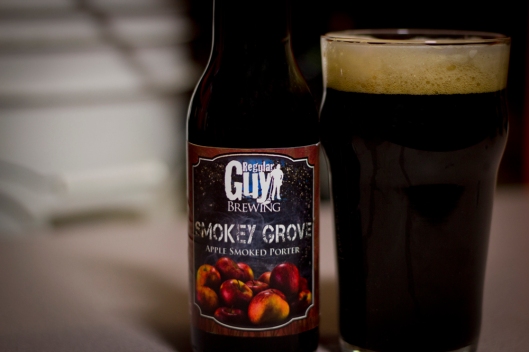 and our Hot Blonde Jalapeño Blonde Ale on March 20th

Photos of both just because I can!

Now the GREAT news! Actually, I can’t tell you about it yet. I know, I’m a jerk! All I can tell you, is Brian, Seth and I are very excited about it and it’s a HUGE deal for us as future professional brewers. We just have to wait to tell you more until it’s official. So why did I bring it up before it’s official? Like I said I’m a jerk!