This morning, while driving to my 9 to 5, I saw something that got my wheels turning a bit.

I was heading through St. Louis, west on 70 near the airport, when I happened to notice a large sheet of Styrofoam tumbling along the median. The wind, along with the whooshing air of the cars passing by, was catching this large sheet tossing it up into the air and sending it tumbling end over end.

Now mind you, I was traveling at about 65 miles per hour, and was quite a bit away from this piece of foam when I first laid eyes on its rythmic dance in the breeze, but if I had to guess, I would say it was probably about 4 feet wide and 8 feet long. And while I am sure it was pretty light…given that it was Styrofoam and all…in the air it looked absolutely weightless.

Not to sound like that creepy kid in American Beauty…but that piece of trash floating in the wind was absolutely beautiful to watch.

I only had it in in my sights for a few seconds before tragedy struck. 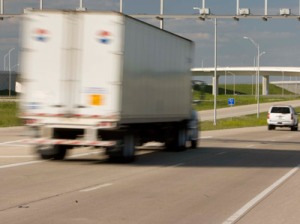 The sheet of foam caught hold of the wrong breeze and floated into traffic. A semi three vehicles ahead of me took it head on. The semi won.

What, just seconds before, had been a large sheet, had been burst into hundreds of chunks of foam. The biggest of them might…and I emphasize might…have been a foot wide. Most of those chunks then struck the van following the semi. These hundreds of chunks then broke into thousands of shards which were hit by the next car, which then burst the remnants into millions of bits.

By the time my truck passed through, the once proud and valiant sheet of foam had been reduced to the polystyrene equivalent of dust in the wind.

This got me thinking…about water.

In particular, it made me think about the new two stage water filtration system we will be using when we brew tonight. It’s nothing fancy, just a couple under sink filter housings connected together. Nor is it anything groundbreaking…shoot, I found 27 different versions of it online when researching parts and what not…but it is new to us.

The idea, for those who get hot and bothered by water filtration, is to run our water through two filters in sequence. First, the water will run through a 5 micron sediment filter to clean it up a bit. Then, it will run through a much finer (.5 micron to be exact) carbon filter to get out any remaining nasties that we don’t want in our brewing water.

Much like the foam in traffic, filter one will get the big stuff, the second filter will get the little stuff. By the time the water hits our kettles, it will be clean and pure.

I’ve been thinking a lot about water as of late. It’s the largest and most important ingredient in beer, but it’s probably the one that get’s the least attention. And I understand why. It’s just not sexy like malts and hops are.

Malt and hops, unless you are a professional brewer, are nothing you work with daily. Water though, you have it all the time. You drink it. You wash with it. You shower in it. You poop in it. 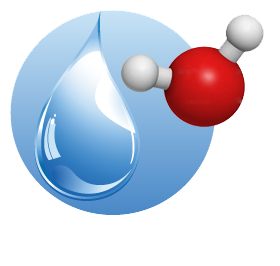 It’s just there…all the time. So we take it for granted and we are wrong for doing so.

I’m no biologist. Nor am I a chemist or hydro-geologist, so I don’t feel I have the credentials to explain the wide variety of intricacies that make water an incredible complex and nuanced ingredient in beer, but I will say that if you are currently a home brewer…it is something that you should take a bit more seriously.

It’s also something we will be taking much more seriously going forward.

If you, like us, are ready to delve into some basic water chemistry and want to know how to make your water work for you and your brews, I  highly recommend checking out “Water: A Comprehensive Guide for Brewers” by John Palmer and Colin Kaminski. I’m not going to lie to you…it’s not the most entertaining of reads and it times it can get a bit technical, but I have yet to find a better or more concise resource on the topic. The title says it all. It is comprehensive, and talks about water in ways I had never even thought of before. But it is all good and useful stuff, and I would be kicking myself had I never picked it up.

Tonight we kick off what will hopefully be our most ambitious and successful year of brewing to date. A lot of big things are coming, and I am very excited about them.

I look forward to telling you more about them, and the success of our new brews and brewing techniques in future posts.