Good morning guys and gals, we hope everyone had a safe and happy new year. Are you ready to kick 2016 right in the pants? The Regular Guys sure are!
Our plans for 2016 include, but are not limited to, continue brewing high quality, delicious craft beer, play more disc golf, keep working toward becoming a legal brewery, be nice people, organize the brewing space better, and maybe drop a few pounds. We’ll see about the last one!

Let’s get on to the real reason you guys are here, the beer! While we did not brew on the first day of 2016, we did try something we’ve never done before. Our Chocolate Milk Stout was finally ready to be kegged, which means it was ready to be barrel aged! We got our bourbon barrel from Square One Brewery and Distillery, it smelled fantastic, and we can’t wait for this beer to round out. Pictures now! 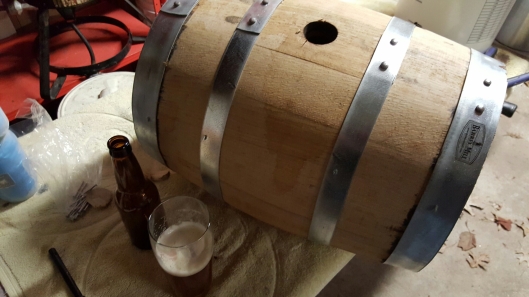 Here’s our barrel, the XPA snuck in there too. 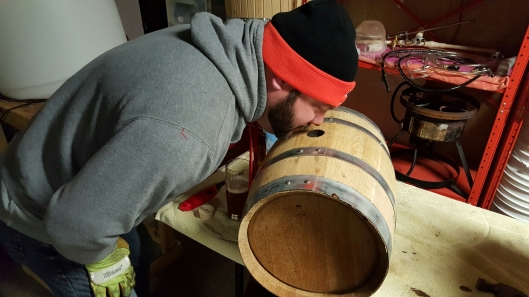 I think he likes what he smells! Brian is a fan of bourbon, if you couldn’t tell. 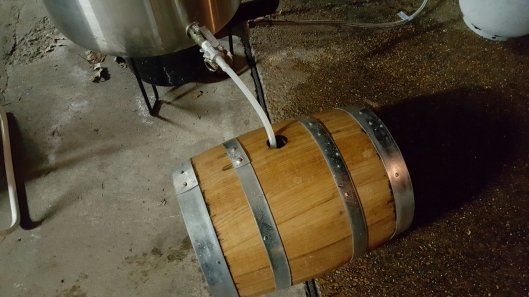 Filling the barrel with hot water to swell the oak and sanitize. It sits for an hour, so let’s check out the beer itself!

Kegging half of the batch.

No leaks in the barrel, time to fill it up! 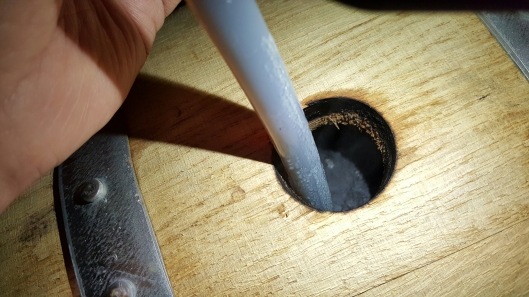 A closer look, hard to see but it’s in there we swear! 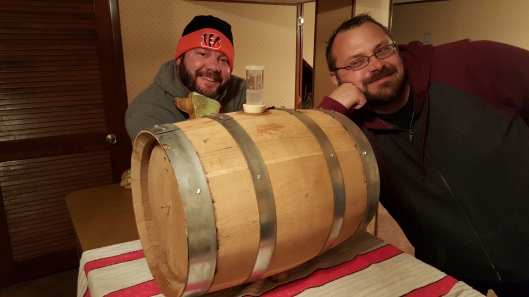 Are we excited about this beer?

A little. I think Seth might be dreaming about it nightly.

Well, there you have it folks. Looks like 2016 is off to a strong start! A special thank you to Eric and Jenny from StolzeStyle Brewing for the barrel guidance.