Monday. No one likes Monday. It’s the most hated day of the week. Let’s try to be positive about Mondays for just a minute. Sounds like someone wants to make a list! You got me, here comes a list of good things about Monday.

1. It’s a fresh start, time to forget about some of the dumb things you might have done over the weekend.

2. When it’s over, you’re one day closer to the weekend!

3. You finally get your RGB update that you’ve been waiting so patiently for!

4. I’ve run out of good things to say about Monday.

Anyway, let’s get right to why you came here. THE BEER! Friday night Brian, Seth and I got together to brew our yet-to-be-named Cream Ale. This was actually our first time brewing this recipe and style. The name “Cream Ale” can be a bit deceiving. When I think of a Cream Ale, my first thought is a Milk Stout, a heavy, dark beer brewed with lactose to yield a smooth and “creamy” mouthfeel. Actually it’s the ale version of an American Lager and one of only two true American styles, the other being the steam beer or California common.

But WHY is it called a “Cream Ale”? Not a freaking clue. I searched all weekend trying to find a clear explanation for the name, but came up shorthanded. The only thing I found was from Genesee Brewing Company, who’s renowned for their Cream Ale. I borrowed this from their website. 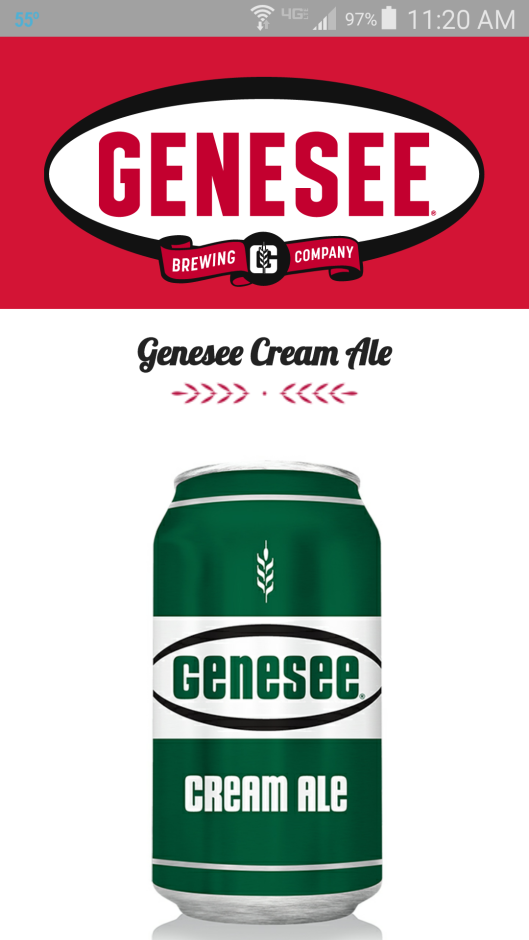 So the only reason a Cream Ale is called a Cream Ale is the creamy white head? Interesting. If anyone reading this has any insight or theories or if you had a relative who brewed this style back in the 1890’s and kept a detailed journal of the origin of the name Cream Ale, please feel free to comment.

Our version of the Cream Ale is a fairly simple recipe, some pale malt, a little flaked corn and barley and just two hop additions, we went with Citra and Cascade. Our efficiency was high, as were our spirits, we hit 82%. We actually even finished up a little earlier than normal. While I don’t have a ton of pictures, I’d like to share what I snapped.

The aftermash! Get it? Like aftermath, but because it was taken after the mash. Right? I’m hilarious. 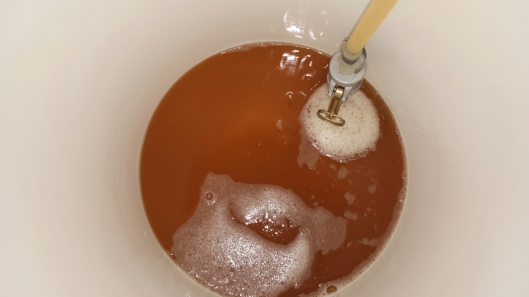 Filling the bucket for fermentation. Sure did turn out pretty! 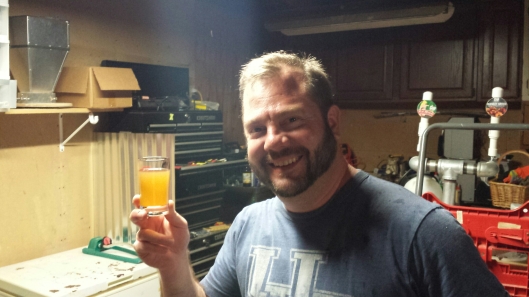 Brian, really excited to have a taste!

I also have this one of Brian. He looked so serious I had to make it black and white and add a vignette, just to add to the seriousness.

Well, that’s all I have for you this week guys and gals. This Friday we were supposed to brew our IPA, but it’s looking like it’ll be pushed back a week. I know you’re upset, but maybe I’ll have a little something for you come next Monday.