Hello friends! It’s Monday. Mondays are no fun, but I’ve got some stuff that will help those Monday blues melt away! How could I possibly do that? Super sexy brewing pictures of course!

This past Friday Brian, Seth and I got together like we usually do, to brew our Extra Pale Ale.

Yeah, that’s the one! This will be our second submission to the Sparta competition (more on that later). The night started out like every other brew session, setting up, crushing grains, measuring water and hops, but we were without Brian for a while so I don’t have many pictures. Here’s what I do have. 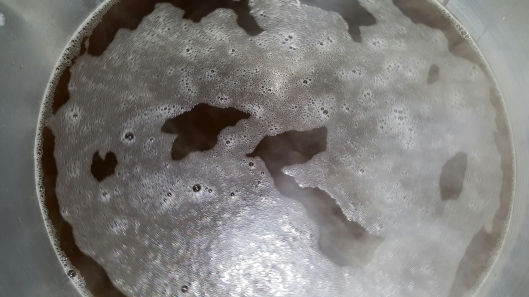 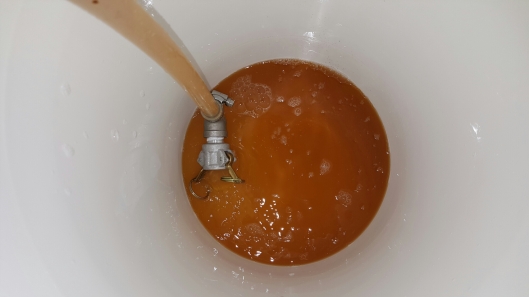 Filling up the fermentation bucket.

She’s so pretty I had to take two pictures!

Aerating before pitching the yeast.

Well, that’s all the pictures I have, but let’s talk about the Sparta competition. This year we are participating in the “What’s Brewing in the Park” competition in Sparta, IL. Here’s the flyer.

We are going to have our Chocolate Milk Stout, XPA, and of course our Jalapeño Blonde Ale on tap. So come out and say “Hi” on May 7th from 1PM to 4PM if you like craft beer and fun! Don’t like craft beer? There’s a BBQ cook off too! Don’t like BBQ? We can’t be friends anymore. Don’t know where Sparta City Park is? Here’s a map.

That’s the best I can do for now, friends.