Friends, Romans, BEER LOVERS, lend me your ears…and eyes…I come not to just talk about beer, but also to show you pretty beer pictures.  I’m pretty sure that’s the exact quote from William Shakespeare’s Julius Caesar, verbatim.  If not, that’s probably what he meant. We did not brew on Friday, friends. We did sample the Chocolate Milk Stout and keg the Hot Blonde. 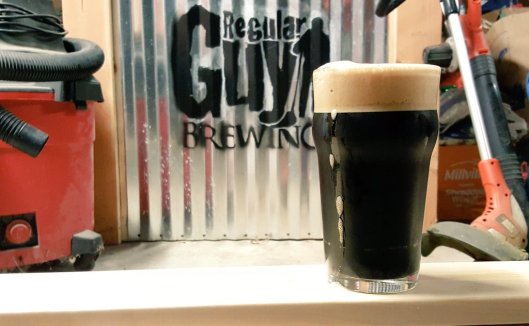 There’s that beautiful beast!
The Chocolate Milk Stout was fantastic! Thick and creamy, hints of coffee and chocolate on the back end, can’t wait to serve this beer to you guys! Now, on to the Hot Blonde! We love this beer. Not only was it the first successful beer that we brewed, but it has really became our flagship beer. 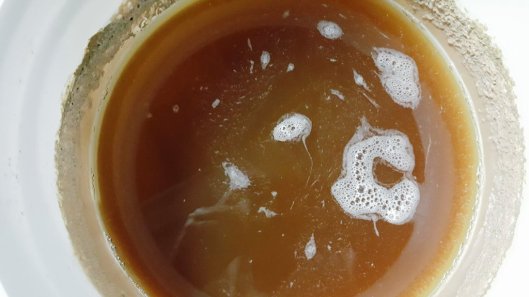 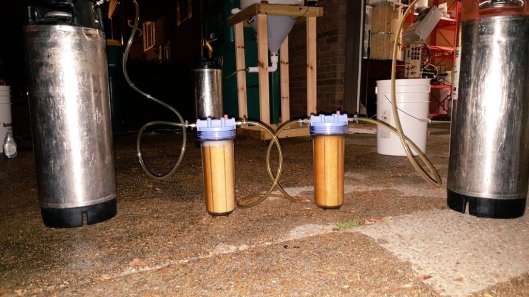 Filtering and kegging the Hot Blonde. 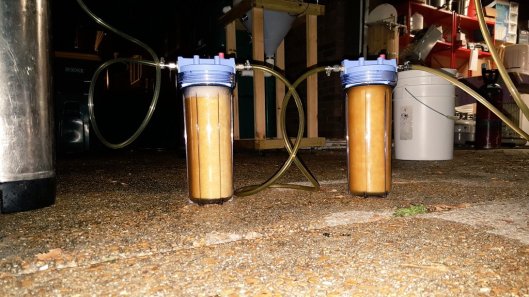 A closer look at this gorgeous beer.

I’m going to be honest, we were doing a bunch of cleaning and prepping for our two events coming up, so I didn’t get very many pictures. I do have this very special sight. 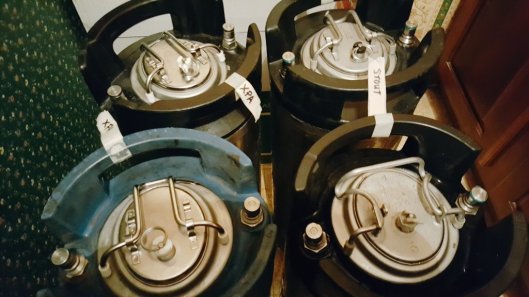 These four kegs are carbonated and ready to go. Two XPA and two Chocolate Milk Stout. 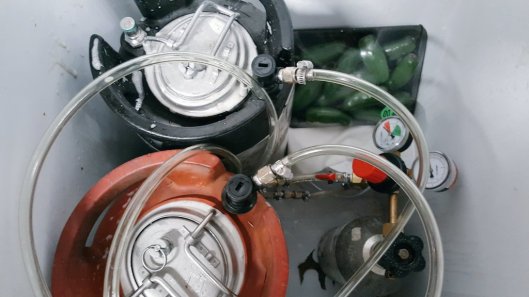 These two are being carbonated and will be ready to go just in time for Sparta! Six kegs of beer. Thirty delicious gallons of craft beer happiness for your drinking pleasure. All you have to do to get it, just show up! Here’s a reminder of where. 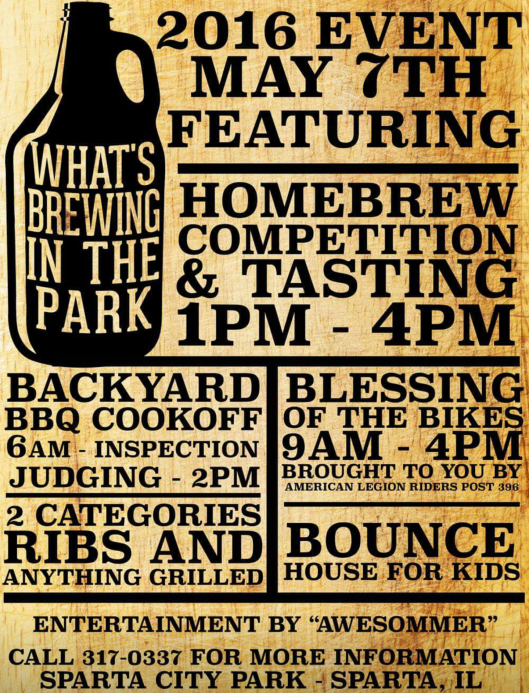 “What’s Brewing in the Park” at Sparta City Park in lovely Sparta, IL THIS SATURDAY May 7th! It’s Mother’s Day weekend folks, this is what your mom wants to do! Be there or be square! You’re not square are you? 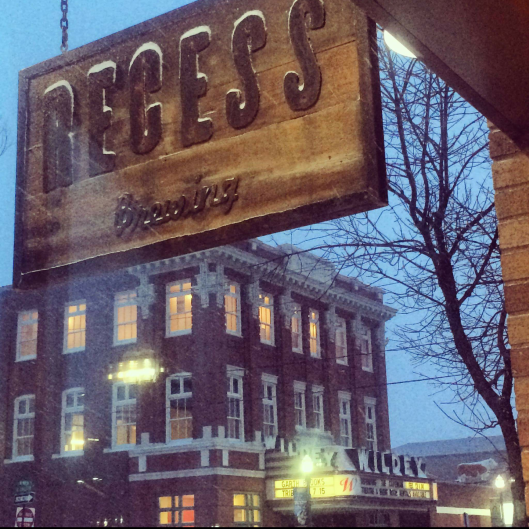 Don’t forget about our event at Recess Brewing in Edwardsville on May 15th also!

Well, that’s all I’ve got for you guys this week. There will be plenty of pictures next week from our day at Sparta. Hopefully we’ll see you there!