If you’ve come within earshot of me anytime in the last year, there is a fair to decent chance that you have heard me talk (at length) about beer and brewing. It’s been amazing to see how conversations, regardless of their topics of origin, can evolve into a discussion about beer. Other than my baby girl, it’s just about the only thing I talk about these days.

You could call me obsessed…but you’d probably be being polite.

And while these conversations have been enjoyable on average, there has come a point in almost all of them, when I become fully cognizant that the dialogue has become more of a monologue. They just tune out. They politely nod their heads and make the occasional audible grunt, but they have largely checked out and are simply waiting for our chat to come to a close.

It’s no fluke. It happens all the time. Usually at the exact same moment.

As soon as the conversation turns to starting a professional brewery, the other person’s light bulb just goes out. They just stop listening. It’s like the absurdity of the notion is just too much for them to process, and the words coming out of my mouth are little more than background noise.

Mind you, I don’t hold it against them. Truthfully, I get where they are coming from. On more than a few occasions, I too have been guilty of tuning out of a conversation. It’s nothing I’m necessarily proud of, but I have done it. 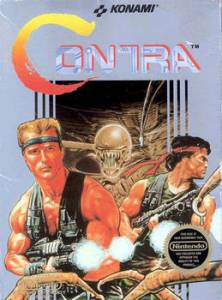 The transition from full engagement to half-listening at best is a quick one, and one that I know very well. It’s a value judgement thing. If the conversation switches to something I don’t care about or believe in, I stop paying attention. My body is there, but my mind wanders off to more interesting topics, including but not limited to: my current bank balance, what my DVR is set to record that night, 90’s alternative song lyrics, the cheat code for Contra, how many times the dog pooped that day, how many ways you can get to first base in baseball, sporting teams that don’t end with the letter “S” and sundry other esoteric notions.

Is it because I’m a jerk? Maybe. Probably.

It’s just that I don’t care. There I said it. It may be harsh, but it’s true.

Their latest and greatest hair brained scheme is just of no interest to me. And their excitement is in complete inverse to their credibility on the matter. They may really want to do whatever they are talking about, but in my mind, they have neither the skill or the drive to truly pull it off.

In that instant, I have found myself making the internal value judgement that this person is now wasting my time with their rubbish. As a result, I have disengaged, and retreated into my own mental bliss and obscurity.

In other words, I don’t take them seriously. And why should I? Talk is cheap and respect is earned. An idea by itself can be great, but until you do something with it, you are just flapping your gums.

In that same way, I totally get why people tune out when I talk about starting a brewery. They don’t take me seriously, because history supports their assumption that I am talking straight out my butt.

I have no expertise in brewing beer. I never went to any of the brewmastery schools or academies. I hold no advanced degree in zymurgical arts or sciences. Nor, for that matter, do I have any background in business. I’ve never earned my MBA. I’ve never even stepped foot in a business classroom.

So given these facts why should they take my hopes and dreams seriously? Would I take myself seriously if I were in their shoes? Doubtful.

But I’m not in their shoes. I am in mine.

And from the shoes in which I am currently standing, I can understand where much of the doubt and lack of respect might come.

First off, Regular Guy Brewing is not a company at this point. We are just home brewers with ambitions. Remove the ambition, and you are just left with a hobby.

Brewing beer at home is nothing new. Lots of people do it. It’s an enjoyable way to pass the time, save a few cents on craft beer, and have something you can show off to your friends and family to say “look what I made.”

And there’s nothing wrong with that. It definitely has its merits and it’s nothing that I will ever put down. But it’s just not what I want to be.

I am well past the point of seeing brewing as a hobby. I have enough of those already. 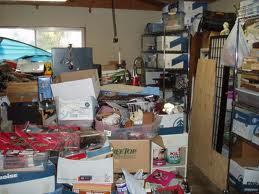 Spend a couple hours digging through my garage and you will find all the evidence you will ever need about my hobbies and interests – past and present. You will find hockey gear, golf clubs, golf discs, paintball guns, bike parts, hiking gear, camping gear, a shit ton of film production equipment, and even a curling broom or two.

Would I ever be naive or bold enough to claim any of these hobbies were my life’s calling? Abso-frickin-lutely not.

Nope. I enjoy them, but there is no way that anyone would ever pay me to do any of these things. I would have to be an idiot to expect anyone to.

I do these things just because I like doing them. And that’s enough.

Beer brewing on the other hand, is not just an enjoyable passer of time for me. It really is something that I feel compelled to dedicate myself 100% towards.

So what then, beyond my desires, makes brewing beer a vocation and not just a hobby?

It’s a tough question to answer. Not because the answer’s don’t exist, but because it is difficult to put said answers into concise terms. That said, I’ll give it a go.

First off, there is the financial investment. For the last year, I have put almost every cent that I have made from freelance design work into brewing beer. Birthday and Christmas gifts have been channeled this direction as well. Spare cash is no longer seen as my money, but the brewery’s. Kettles, pumps, kegs and tubing. It adds up, but I am okay with that…as it’s all investment into my future.

Next, there is the time investment. Beyond the long nights of brewing, I have spent countless hours researching, planning and implementing brewery projects. I have done everything I can to educate myself on the brewing process. I have read every book that I can find on the science of beer as well as the various practices and methods of brewing it. I have loved learning all this stuff, and I look forward to learning more. If my mind has an idle moment, it is probably going to use it to think about beer, and the various things we could do to make the next brew better than the previous.

Third, there is the emotional investment. I really love every step of the brewing process and I ache when I go too long without brewing. I hurt when things do not go right. But I revel in delight when things go well. I love the challenges and problem solving, and I really do get excited about everything new that we try.

Fourth, this is something I am truly passionate about. There is no doubt that home brewers brew pretty good beer. And while brewing good beer is important, it’s not everything. The greatest idea on paper will never become anything of substance if it doesn’t have someone behind it driving it to fruition. You could brew the best beer on the planet, but if you aren’t willing to push it out the door, no one will ever know about it.

Fifth, we continue to evolve. If we were content with being home brewers we would have never moved past the point of extract brewing. Nope. We would have just popped open some tins of malty goo, dumped them in boiling water, and called it a day (more or less.) Nay. We have challenged ourselves to step up our game every step of the way. These transitions have not always been smooth, nor for that matter have they been without cost. But they have been worth it, as again, these are investments into the future.

Lastly, and probably most importantly, I really cannot see myself doing anything else anymore. I know that it may seem odd for a 34 year old man with a good job, wife and a kid, to say…but I finally know what I want to be when I grow up. I want to be a brew master.

Let me be clear. This is not a hobby to me. I am way past that point, and I am overjoyed to be so.

So glazed stares be damned. I am not asking for your permission to start a brewery. I am telling you what I intend to do with my life, and I really don’t care if you think I have a snow balls chance in hell of succeeding.

In fact, I kind of hope you do doubt me at this point. It will make the success that much sweeter.

Full steam ahead. Doubters be damned.