I probably shouldn’t say this…but I’m not really one to pull any punches, so I’m just going to spit it out…version one of our Red Rye-der kinda sucks. 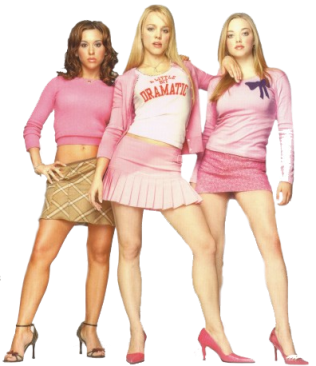 It looks beautiful…but just like so many pretty girls in high school, looks are not everything. Behind her gorgeous exterior, this brew is pungent, astringent, and damn near vile.  It’s the “Mean Girls” of beer.

Speaking of “Mean Girls”…what is the deal with those outfits? Long sleeves with skirts so short that their hoo-has are barely covered? What an odd combo. That school must have had some really jacked up HVAC.

You must be talking about some serious tempearture variations with just a few feet of altitude. Otherwise, these girls would either be frozen from the waist down or sweaty messes from the waist up.  Either way…can’t imagine it would be at all fun for them.

Anyways, what was I saying again? Right…beer.

Is this our first bad brew? No. But this is probably the first (in a long time anyway) that I will not be able to drink my fair share of.

Going to have to go back to the drawing board on this one. Not sure where we went wrong, but there is just too much potential for this beer to be good not to do our due diligence.

Ultimately, I am fine with this. I have always been a firm believer that you learn far more from your failures than you do your successes. When everything goes well, you never take the time to think about things. You take that success for granted and just keep on doing what you have been doing. Then, when something does go wrong…you have no means to cope.

I however, can cope with the best of them. This defeat will be taken in stride. If anything, this failure provides me with even more motivation to master this craft.

That said, with each swig of our Red Rye Ale that I force myself to choke down, I will be giving deep and thoughtful consideration into how to make it right.

In the meanwhile, there is other brewing business that is pending. Tonight we bottle our yet to be named Smoked Apple Porter. Early swigs were very promising…but final judgement is still waiting to be rendered. Keeping my fingers crossed that it presents better than the Red Rye-der did.