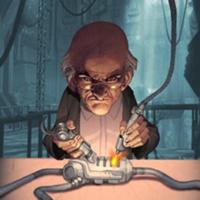 As I discussed in a past post, I am a big fan of function over form. I tend to not just look at things for what they are…but what they could be. The spirit of a tinkerer dwells within me, and material improvisation is just part of who I am. This is an attribute that I am finding to be very useful in our brewing endeavor.

It’s also an attribute that has guided much of my career and interests up to this point.

My favorite part of making our films though, was the creative process in figuring out how to do stuff. We had no money. No quality equipment. We would run and gun, and figure things out as we went along. Our gear was almost entirely repurposed equipment. Our lights were construction and shop lights. Our light reflectors were car window shades. Our boom pole was meant for a paint roller. The wind screen for our shotgun microphone was made from a skinned stuffed bunny. Even our clap board was made from a clip board with a couple of extra pieces of wood nailed to it.

But that didn’t stop us. We knew what we had at our disposal, and we made the most of it. Sometimes it worked…sometimes it didn’t, but we had a lot of fun trying and I loved every second of it.

I also get to tap into those creative juices with my current full time job. My title may say “Communications Director” but I don’t see myself as that. To me, I am a communications grunt who has to do some managerial stuff on the side occasionally. I still like to roll up my sleeves and do the creative work. I particularly enjoy tackling the various print projects that we handle. On any given day, I could be designing any number of booklets, brochures, flyers or publications. While some are very tedious, others allow me to be as creative as I want to be. I’ll look at the material, and then get to pull whatever elements I feel are appropriate into the design to bring that content to life. Pull in a photo here and add a graphic there. Add some color and change up the fonts a bit…and boom…kickass layout complete!

Nothing though, has got my creative juices flowing as much as brewing beer has.

Right now, I am particularly excited because tonight we are going to start playing with our water chemistry. I know that chemistry may not sound that exciting, or creative, but to me it most certainly is.

For the last month or so, I have been pouring through every bit of information I have been able to find about the role of water in brewing.  As a result, I have a better understanding and a much deeper appreciation of this very important ingredient than I ever have before. I also have a deeper appreciation for beer as a whole. I find it indescribably cool how water played such a pivotal role in the development of the plethora of beer styles that we have today. Brewers, partly through intuition and partly through experience, simply learned what malts and processes would give them the best beers using the water they had available. They then did whatever they could, using the resources available to them, to make that style as good as they possibly could.

I would venture to say that the tinkering spirit must have dwelled within them as well. Had it not, would we even know what a pilsner is today?

To better understand the water we are working with, we sent a sample off to a labratory for analysis. The lab, Ward Labratories, provided us with key information about the various ions in our water. We now know exactly how much calcium, sodium, chlorine, bicarbonate, sulfate and magnesium is in our water. With that information in hand, we can now bust out some science to make our beer even better.

What I have come to realize, is that water is by no means one-size fits all. Sure, you can brew any kind of style with the same water, but it won’t be as good as it could be. Dark beers need more alkalinity. Light beers need less. Higher levels of some ions enhance bitterness. Higher levels of others enhance maltiness. It’s really amazing stuff. But then again…I’m a geek.

Add a bit of gypsum. Toss in a small amount of baking soda. Add a dash of canning salt…and boom…kickass mash water for a porter.

But it’s not just science…it’s creativity. Just like our filmmaking, we are taking substances not meant for this purpose…and making them work for what we need. I know this is nothing new…brewers have been doing it for ages…but I still have a great deal of appreciation for the art of it.

I am really excited to create this custom water for our brewing. I have a strong suspicion that this will really kick our brewing up another notch and bring us even closer to being the badass brewery we hope to be one day.