Sometimes things happen in life that put your concepts of reality into some very harsh perspective. Something you think is important one moment can suddenly and instantaneously become trivial and petty. Other things can become even more important, even vital, when illuminated under the proper light.

Last night, I saw such a light. 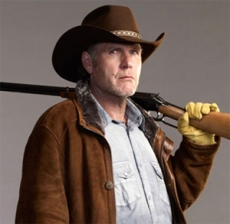 I was at home, sitting on the couch next to my beautiful wife. It was about 11 o’clock and she had just nodded off for her usual pre-bedtime nap. I had just pulled up an episode of one of my favorite shows to watch while also doing a bit of brewery research on my phone. The dog had her head in my lap and, much like my wife, was sound asleep. The house was still for the moment. No noises could be heard other than the calm, yet raspy, tones of Sheriff Walt Longmire.

These are the moments my mind does some of it’s best work. In these moments I am in that perfect mental space of complete relaxation. The stresses of work are already evaporated away. I am refreshed from an evening with the family, and I am not so tired that my mind can’t still be productive. But I find that a small bit of tiredness actually helps. It slows my thoughts down just enough to become fully coherent. Instead of racing through a hundred ideas at once, and only being able to wrangle a few of them into submission, they come to me at a pace that is much more conducive to critical thinking. I can hone my focus and use it in a much more efficient way. I find that a couple of beers has a similar effect. 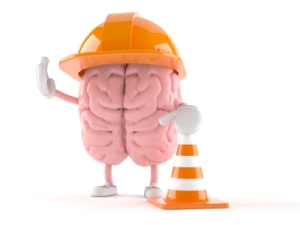 I have actually started keeping a notebook with me during these times. When an idea or a question come to me, I immediately put pencil to paper. I work the problem or idea out, and in the end I have a brewery project or plan that is actually actionable, not just conceptual. I was actually planning on sharing more about my book of plans and sketches in this blog post, as it’s been a while since I wrote something more brew-techy and less touchy-feely, but that was before my phone rang.

It’s not often that my phone rings at 11 o’clock at night. But when it does, it’s usually something important.

In this instance, it was the director of Collinsville’s Emergency Management Agency.

For the last two years, I have served as a volunteer with CEMA as an auxiliary police officer for my home town. While I have a uniform and a badge, and even a flashing red light I can put on my truck, it ultimately sounds cooler than what it actually is. We are not first responders. We don’t rush into the line of fire or even into an actual fire. We are a support organization. We provide support and assistance to the people who do the actual dirty work and put themselves in harm’s way. We receive some training to help out with a more active roll in the case of large scale catastrophes, such as a tornado, but by and large we are just there to help out.

When there is a major fire, we are the ones that shut the roads down. When there is a major event in town, we provide a bit of extra crowd control. We do the less important stuff so that the people with the actual training and expertise can focus on the more pressing and vital matters. We don’t get called into action too often, but whenever I can, I do take pride in doing at least a small part to help my community.

Last night’s call though, was different.

Since joining CEMA, I have probably gone to the scene of about a dozen house fires. Fires that were so large that they had to call departments in from miles around to fully extinguish the flames. While these calls have been sad and tragic, to my knowledge, none actually involved death. To be honest though, I’ve never asked. I just don’t have that kind of morbid curiosity that would drive me to find out. Either way, the destruction of one’s hard earned property is a tough pill to swallow, but things are just things. They can be replaced. Life though…not so much.

So as soon as I picked up the phone, I knew last night’s call would be different. 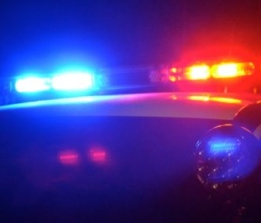 “Hello, this is Seth”

“Seth, are you available?”

“There’s been a fatality”

I was given the pertinent information, and as quickly as I could, I kissed the wife goodbye and said good night. I grabbed my bag of gear and headed to the scene. I knew it was going to be a long night.

By the time I got there, several other CEMA members were already on site. Police and medical had already contained the scene, and our role was just to provide support and traffic control so that the accident reconstruction investigators could do their job safely. I don’t know too many details of the actual accident, and what I do know I probably shouldn’t share. But what I can tell you is this: Someone was walking across the highway. They were alive one moment, and dead the next. Their life snuffed out in an instant by a driver who didn’t see them in time.

I didn’t see the body. But I did see all the evidence left behind.

Strewn throughout the road and into the grass alongside were the personal effects of the deceased. A flannel shirt lay in a crumpled heap. A tennis shoe lay a few feet away. Another lay much farther away. An insole was somewhere between the two. At first I thought that these were removed from the victim by paramedics. Though as I watched the reconstruction investigators document the scene, I began to realize that was not the case. The articles of clothing were spread too far apart for that to make sense. Plus, why would they be taking so many pictures of them, and measuring their distance with laser beams if paramedics put them there. No, they were evidence.

Someone actually hit this person so hard with their vehicle, that not only did their shoes fly off, but the insoles actually came out of their shoes. The physics behind it all boggled my mind.

More than that though, I was struck by an ever-pressing sense of mortality. This person, whoever they were, was alive just moments prior. They may have been stupid enough to cross a busy highway, but they were a living, breathing human being. Now they were not.

I also thought about the driver of the vehicle. From that point on, their life would never be the same. In that instant, the path of their life had been drastically altered. Unless the driver was a complete psychopath, I cannot imagine he went into the night with any thought of killing another human being. That’s the kind of thing that would stick with a person and change you forever. Legal ramifications aside, you don’t ever fully come back from something like that.

Two people probably started that night with plans and hopes and dreams of some sort or variety. By the time the night was done, one person’s life was literally over and the other’s might as well be.

Those plans and hopes and dreams were extinguished. All those things they both probably thought that they would be able to do in their lifetime, now won’t be done at all. Their bucket lists will remain unfulfilled.

We, as humans, have an odd concept of time. We assume that we have all the time in the world, when we know otherwise. Even in the best case scenarios, we only have a very finite amount of time on this planet to do those things that we plan and hope and dream of doing. Yet, we find so many excuses and barriers to keep us from doing them.

If we know we want to do something in our heart of hearts, we need to grab it by the horns and wrestle it to the ground with all the gusto and might that we can muster. What are we waiting for? Permission? The perfect time? All the pieces to fall into place?

What if those things never come? What will take their place if they do? 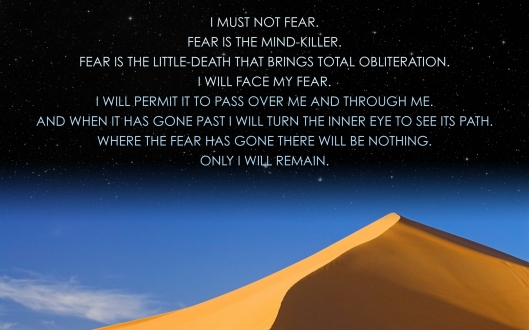 Well I have a new fear that far outweighs the rest. It’s my new trump card. I fear not trying. I fear not doing my damnedest. I fear not putting my mark on this world.

To rephrase one of my favorite Ferengi Rules of Acquisition (#109 I believe): Ambition and an empty sack is worth the sack.

What good is ambition if it is never put into action. Nothing. We can talk all we want about what we want to do with our lives, but until those concepts and plans are put into play, they are academic at best, and I’ve spent enough time around academics to know that is not the fate that I desire. Nay. I want to be a man of action.

I’m through waiting for tomorrow. As hard of a fact that it is to accept, tomorrow may not come. I plan on using this finite time that I have on this earth, whether it’s measured in days or decades, to bring my dreams and ambitions into fruition. I may have been dedicated before, but now I also have clarity of purpose.

Excuses and delays be damned. Whatever it takes, this dream is getting wrestled into submission.

The time is now…because now is the only time that we know for certain that we actually have. Wait…and we are just asking to be the next pair of empty shoes lying in the middle of Highway 159.